The Summer Solstice at Granite Bay

"Summers Lease Hath All To Short A Date"   William Shakespeare 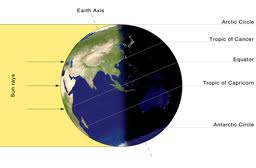 I'm not sure I agree with Mr. Shakespeare analysis of summer as we try to provide firm and somewhat fast  cool season turf grass playing surfaces alive in the Sacramento valley. Nonetheless this past Wednesday June  20, 2012  marked the first day of summer in the northern hemisphere, the longest day of the year and the beginning of the most stressful period for the turf at Granite Bay golf club. This 94 day period until the fall equinox on Saturday September 22, 2012 is when our "hemisphere receives more direct rays from the sun then the southern hemisphere where it is winter. In the winter, the suns energy hits the earth at oblique angles and thus less concentrated. During the spring and fall the earths axis is pointing sideways so both hemispheres have moderate weather as the rays of the sun are directly over the equator." Matt Rosenberg - About.com 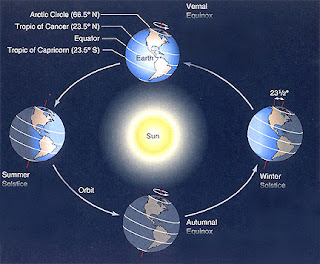 As most of us are aware this is the  period in which the course is most at risk and can struggle. Our irrigation system  improvements over the past couple of years has made a big difference so far. Our hand watering regimen and continued focus on daily irrigation adjustments have paid off as well but the upcoming 94 days will really tell the tale. We have not received too much  really hot weather so far and will keep our fingers crossed, light a candle and say a prayer that the summer would be kind and our continued diligence steady.

This coming Monday June 25, 2012 we will be spiking the greens with 1/4" hollow tines and applying a very light topdressing of sand. The process will have a minimal if any effect on putting quality along with being very short lived. The benefits include removal of an additional 4% of thatch from the putting surfaces along with providing avenues for soil oxygen for plant transpiration or cooling down. Forcasted temperatures are supposed to be mild making this a great opportunity going into summer.

Below is a video entitled Aeration: A breath of fresh air from Pace Turf. The principles and benefits described in the video apply to the aeration / spiking event we have planned for Monday  however we do not have an aggressive event planned and it is worth repeating will not effect putting quality for any length of time.

Posted by Matt Dillon - Golf Course Superintendent at 11:01 AM No comments:

Why Does Turf Die in the Summer?

Below is a interesting video that explains why cool season turf struggles and even dies in the hot summer weather. The video was done by PACE TURF which is a  turf grass consulting and information firm that conducts research and makes available its conclusions to its member clubs which includes Granite Bay.  Dr. Larry Stowell, a plant pathologist and his wife Dr. Wendy Gerlanter, an entomologist are based out of San Diego and  the principles who own and operate this widely respected and utilized service throughout the golf industry.

The golf course maintenance department at Granite Bay has embraced many different strategies to mitigate the effects of heat and drought including those mentioned in the video above.  Strategies have included irrigation infrastructure additions and enhancements, utilization of hand watering and deficit irrigation scheduling including daily detailed adjustments to the automatic irrigation system. The total effect of all of these strategies have created some success in recent seasons and so far this season we are doing well with a minimum of soft and overly wet areas as well as the absence of total dry areas.

In our next course update I plan to go into detail on how Granite Bay is irrigated for those interested members who like the behind the scenes details. Additionally I hope to continue to add videos from PACE TURF from time to time and perhaps make some of our own. As always the GCM department thanks our members for their support as we strive to make this great course better one week at a time.
Posted by Matt Dillon - Golf Course Superintendent at 6:28 PM 2 comments: