We recently had a consultation with a Certified Arborist regarding the creation of a preservation plan for the native oaks on the property. I'm certain we all agree that the native oaks at GBGC are a crucial part of the course's aesthetics's and design concept and a strategic preservation and replacement plan is a prudent action.

The original golf property was considered a Blue Oak (quercus douglasii) woodland as Blue Oaks were, and still are the dominant native species. The secondary species often associated with a Blue Oak woodland are Interior Live Oaks (quercus wislizeni). There were  approximately 4400 oaks on the property before construction and approximately 1100 removed during construction. The original design and course in 2014 did not include walnut shell areas and had wall to wall irrigated turf throughout the property. Areas such as #6 & #7 and large area between #1, #11 & #10 are good examples of  areas of solid turf in  the golf courses original state.

After losing over a dozen or more large Blue Oaks very early on in 2004, the decision was made to remove irrigation and add walnut shell in many of the strategic areas. This is because  summer irrigation, particularly near the trunk of some Oak trees keeps the root crown, which is directly beneath the trunk, wet and causes a crown rot that is a death sentence for many California Native Oaks. This required the removal of turf and re-triangulation of the irrigation system then spreading the walnut shells. Oak trees can take and actually use summer water on the periphery or drip line but when irrigated with the consistently necessary for turf near the trunk, native Blue Oaks commonly struggle then fail. 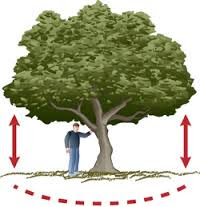 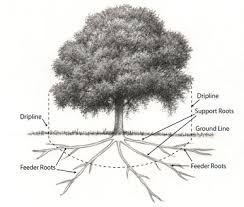 The removal of irrigation from the Oak trees root crown area saved the trees from crown rot but  created the unintended consequence of excessive heat near the feeder root system  inside of the drip line. In a Blue Oak Woodland's natural state there would be several inches of mulch consisting of decomposing grass and leaves. This mulch not only helped the soil retain moisture from winter rains, but also insulated the the feeder roots from the summer heat. According to the arborist we consulted, this heat in the summer is another major stress to native Oak trees that had been accustomed to this thick layer of mulch.


Another stress to these Oak trees according to the arborist is the compaction we are creating with golf cart traffic,  particularly on the holes we have roped off like #10 & #1. Allowing the traffic to concentrate in these walnut shell areas could have a deleterious compacting effect on the root system of these existing Blue Oaks which are already suffering from heat and from drought the past few year's.

We don't have the option of installing a thick layer of mulch in these areas as we need to provide a lie in which to play golf. We certainly don't have any control over how much rain we are going to receive in any giver year although if this drought continues I can see us setting up  supplemental irrigation for the trees. We do however have control over cart traffic in these areas. Therefore when we set up traffic control on a hole in the future, we will set the control rope up on the cart path edge rather then the walnut shell edge. Understandably this will require a few more steps on roped off holes but we must do what we can to protect our trees.

We did get some California Native Trees planted two years ago to replace trees that we lost along with proactively planting for trees that we suspect will lose in the future. A course update from a few years back entitled Tree Planting & Restoration detailed our strategy of replacing trees. In the future I am going to propose we get a batch of trees annually in our capitol and proactively plant more trees that we suspect will need replacement in the future. Obviously if we get them planted now they will be closer to maturity when we have to take the tree down that we have designated as needing replacement someday.

September 23rd was the  2015 Fall Equinox, the day I circle on my calender as soon as summer starts in late June. The fall or autumnal equinox is special because it marks the time when cool season turf can really start to recover and thrive as opposed to the 12 weeks or  specifically 88 days of summer. And because Granite Bay Golf Club is predominately a cool season turf golf course it is the time that we recover from our summer turf setbacks. 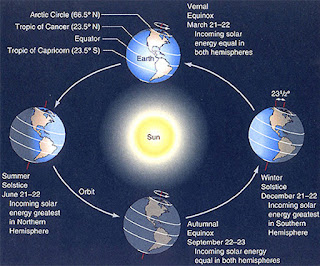 It also marks the time of the year that we start to aerify the golf course which can help with the aforementioned recovery process. We have front nine, back nine alternating closures starting on Tuesday, October 6 2015. 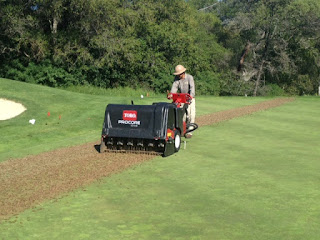 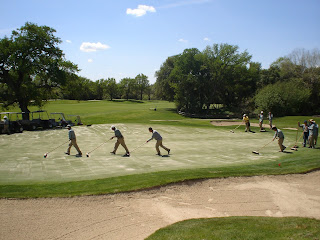 Four years of drought and Granite Bays total reliance on  Folsom Reservoir as it's golf course irrigation source has taken it toll on many of the turfgrass areas throughout the course. Mandatory reductions of 25% in 2014 and 36% in 2015  along with the lack of deep soaking rain for trees and turf have left the soils dry.

We've managed these reductions avoiding wholesale loss of turf but not without our  issues.  As much as the golf course needs an aggressive core aeration right now we have to be careful because this drought is not over. We still have a mandate to reach a 36% conservation from a 2013 benchmark and aggressively opening the golf course up with aeration would require more water for recovery then we currently have. 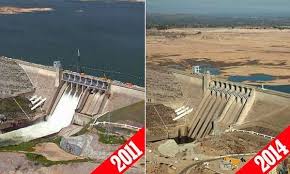 Therefore our plan is to core aerate greens and spot aerate fairways and rough. We will be rolling the dice and seeding all of the areas that have thinned out this summer and hope that the forecasted 95% chance of a strong El Nino event will soak and establish the seed throughout the winter. Hopefully this forecasted event will at minimum ease the drought restrictions in 2016 at which time we will aggressively core aerate the entire property in the spring. Hope is not a strategy but the scientific forecast does give me some. Time will tell.

Posted by Matt Dillon - Golf Course Superintendent at 7:26 AM No comments: